It won’t be wrong to say that porridge holds a special place among various types of breakfast cereals. Porridge is oatmeal that is boiled and prepared slowly until it achieves thick consistency. It has generous amount of various nutrients and therefore, it is regarded a good addition to a meal plan. There are a number of benefits of regularly eating fortified porridge, especially in the morning. Here is a list of some of the major benefits of eating fortified porridge. 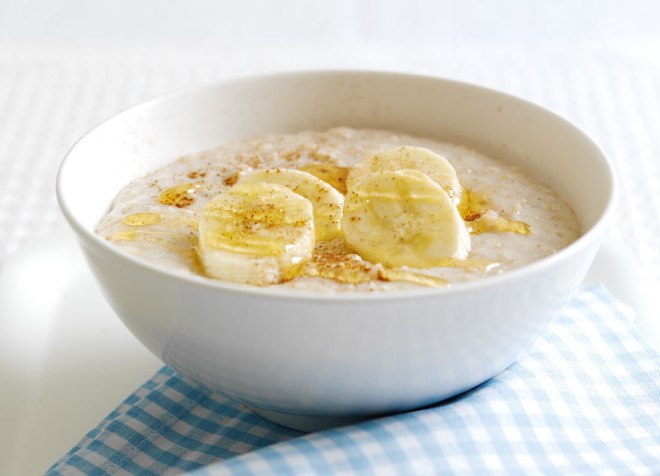 One of the biggest benefits of including whole grains in your diet is that these are rich in dietary fiber. Dietary fiber helps in filling you up and prevents you from overeating. In other words, it can also be said that dietary fiber helps in maintaining and in some cases, losing weight. Fiber is also helpful in keeping the level of blood sugar on an even keel and it is also believed that it helps in reducing the risks of high cholesterol. It is recommended for women to eat 20 g of fiber on a daily basis and for men to consume 30 g of fiber each day. It is estimated that a cup of cooked porridge has around 4 g of fiber and the fiber content of a meal can be enhanced by adding nuts, seeds and berries.

Another benefit of eating porridge is that it contains high levels of complex carbohydrates. Complex carbohydrates get digested in the body at a slow pace and therefore, help in meeting the energy requirements of body for a longer period of time as compared to simple carbohydrates. Carbohydrates are needed for maintaining optimal brain function and energy levels throughout the day. One cup of cooked porridge contains around 27 g of carbohydrates. You can easily increase the amount of calories by adding milk, brown sugar, honey or fruits to porridge. 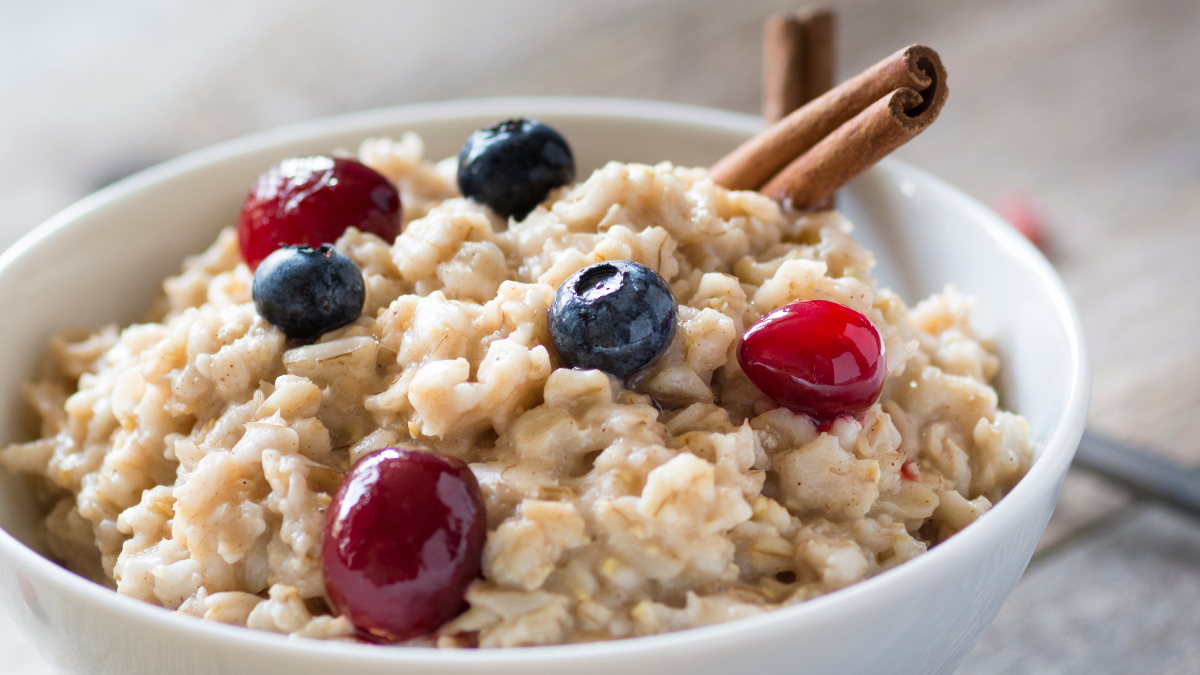 1 cup of cooked porridge contains around 14 mg of iron which means it can provide 100% of the recommended daily intake for men and around 80% of the recommended daily intake for women. Iron is necessary for production of hemoglobin and myoglobin in the body which are needed by red blood cells for carrying oxygen to the muscles as well as other vital organs of the body.

Portage is also rich in phosphorus and one serving contains around 180 mg of phosphorus which is around 25% of the recommended daily intake. Phosphorus not only helps in energy production but also filtering of waste as well as muscle recovery after an intense workout session. Adding seeds, nuts and milk to porridge helps in creating a meal rich in phosphorus.

One cup of porridge has around 187 mg of calcium. Doctors recommend consuming around 1000 mg of calcium for men in the age bracket of 19 to 70 and around 1200 mg for women in the age group of 50 to 70. Calcium is needed for strengthening teeth and bones and it also plays an important role in muscle function, nerve transmission and hormone secretion. 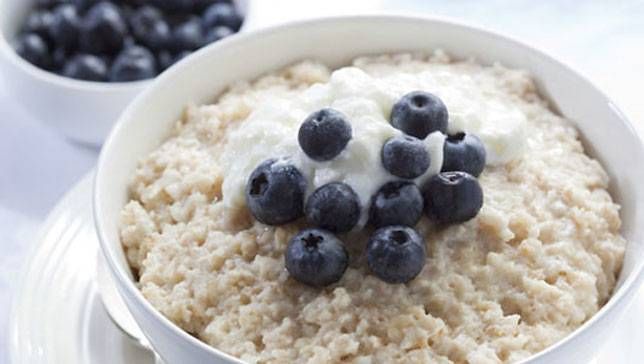 As mentioned above, porridge contains a lot of much-needed vitamins and other nutrients but it is not capable of supplying all the needed nutrients in the recommended quantity on its own. Therefore, it is recommended to consume fortified porridge.

Fortification means addition of the vital vitamins and other nutrients to the meal. While it is true that you can get the required nutrients from supplements but it has been observed that eating fortified porridge or fortified cereals is a much easier and pleasant way to get the required quantity of minerals and vitamins in the diet.

There are a number of brands available in the market fortified with a variety of vitamins and minerals that can supply almost 100% of the daily recommended amount of those minerals and vitamins. By regularly eating fortified porridge, a person is much less likely to become deficient in the much-needed minerals. Overall, there are a number of benefits of eating fortified porridge on a regular basis.